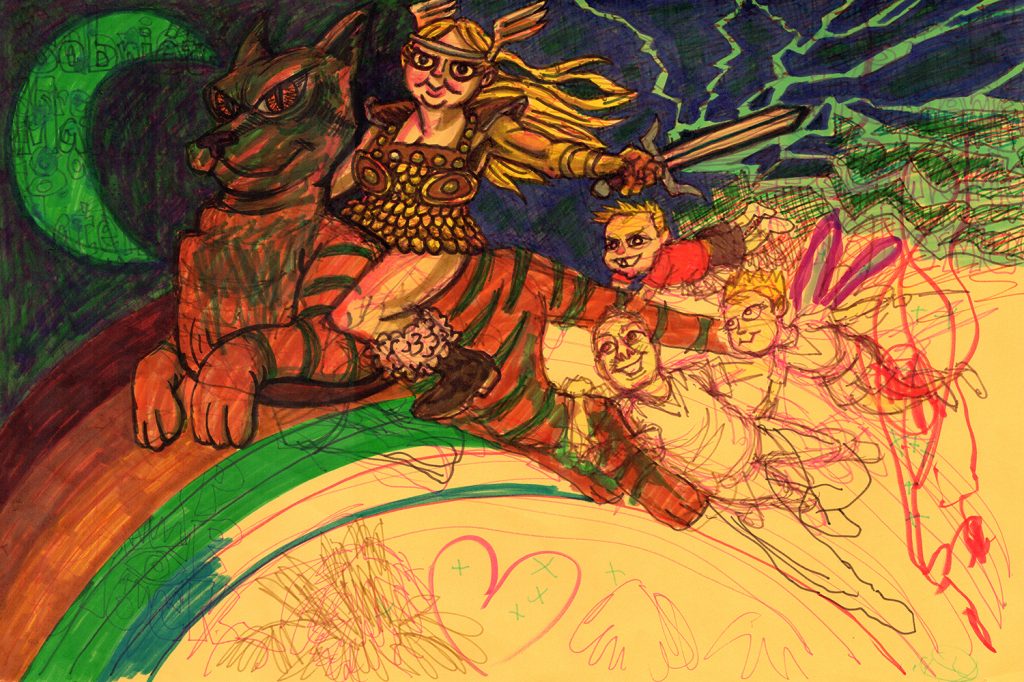 This is the first draft of the birthday drawing for my wife, who prefers how she looks in the final draft. I like both, especially that she looks like an actress from the silent film era in this one. I also love the lightning. However, everything was getting a little green and muddied; plus, I thought the composition would look better by zooming in on the characters and dropping the rainbow. But that doesn’t mean I can’t share this one, too!